Skip to Content
CODA
You Are Reading
Keith Preddie
0 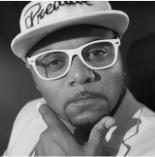 Keith has been a member of CODA since 2012 and is based in Stratford.

How did I get involved with CODA?

I have been in the entertainment business for more than 40 years, but the one thing I had never done was to perform in musicals and plays live on stage in a production setting. My long-time school friend Lee, an existing CODA member, approached me to be in West Side Story. I came to a rehearsal and was instantly hooked. I played Arab, one of the Jets, and it was amazing. It remains my favourite CODA production to date.

A man of many talents!

Aged just 15, I was Britain’s first Michael Jackson impersonator. I retired 20 years ago. I’ve been an actor since I was 12 years old and have acted alongside Denzel Washington, Sylvester Stallone, John Thaw, Christopher Reeve and the list goes on.

I used to teach freestyle dance to infants and juniors in schools in Croydon. I am a qualified childcare practitioner in a Children’s Centre. I set up and ran the first dad’s stay-n-play in Croydon for Dads and their children.

I have dabbled with singing and penned my own charity song for Cruse Bereavement Care, titled ‘Sharmone’. I have written and published my first book, The Sadness Behind the Smile. For the past five years I have chosen to help vulnerable people as a support worker – a challenging but equally rewarding job.

I currently work for Centrepoint, a homeless charity. I support homeless and vulnerable young single mums and families. I also run my own Mobile DJ entertainment and Photo Both (Magic Mirror) businesses. I am also a voluntary community home shopper, shopping for the elderly and the house bound.

Everyone is so friendly in CODA. It’s like a second family when we all get together. With CODA everyone is equal, there is no hierarchy we are one big happy family. We put our heart and soul into every production.

It’s great meeting new people and although I have now moved away from Croydon, for the last three years I have travelled back and forth from Croydon to Stratford. I do that because I love what I do and love being a part of CODA. I look forward to many more amazing CODA productions in the future.